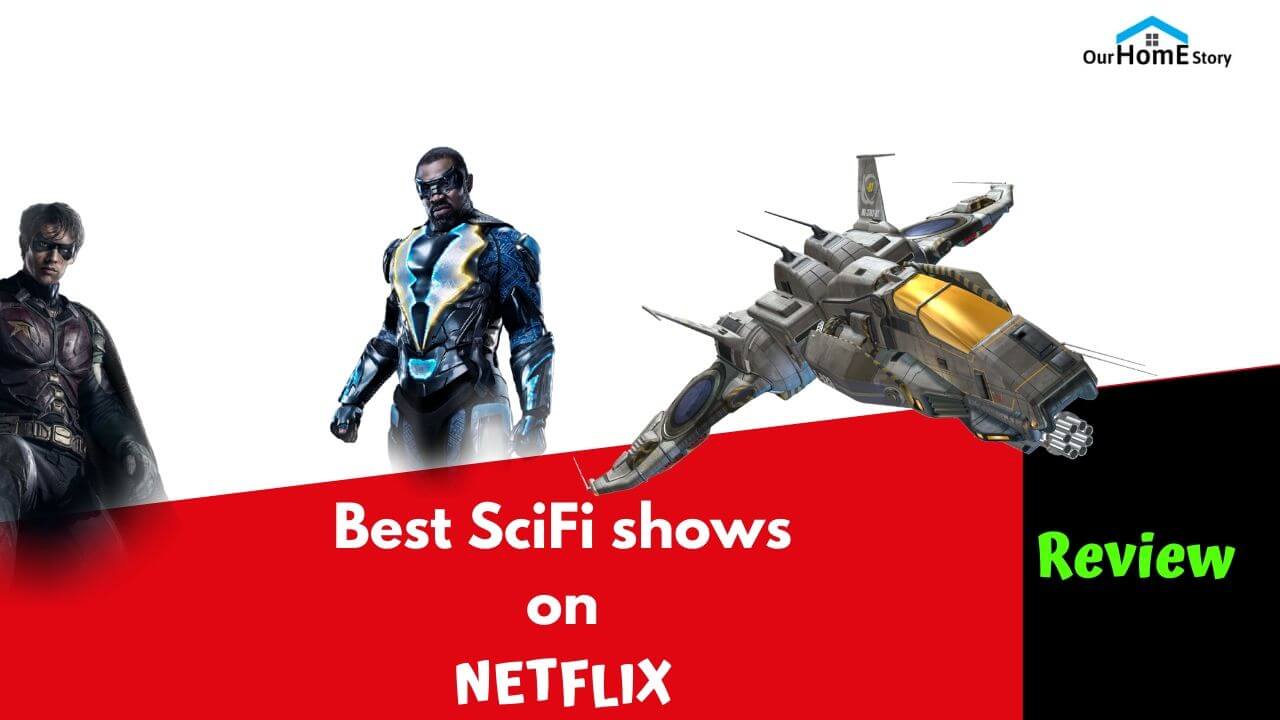 Sometimes when you just want to escape your real-life and want to get into some unimaginable and mind-blowing world of sciences, Sci-Fi is the best escapes for it. And certainly, Netflix has it all. There is a number of science fiction shows and movies available right now on NETFLIX but again nobody will feel good in scrolling for hours just to select the right Sci-Fi series. Thus, we have done this work for you only. Here are the 5 best Sci-Fi shows to watch on NETFLIX. Grab your snacks and start binge-watch these series.

The first full trailer of this series was released in May 2017. Also, it is the seventh series in the Star Trek franchise. Like most Trekkers, when you see a new star trek series you may have very high hope from it. Mainly, this show got a fresh take with such strong, believable and lovable characters. Most importantly, exciting and original story, wonderful VFX and alien worlds make it a blockbuster. Also, it’s great to see leading women taking pivotal roles among Starfleet and the Klingons.

In addition, the plotlines are often staggeringly smart, plenty of unpredictable twists and turns. Characters not being who they appear to be. Initially, you will see the Klingon houses become united in a war. Consequently, in the second season, some mysterious signals and a strange figure comes in existence who is known as, “Red Angel”.

Do you want to know, who is this mysterious character? Then watch, Star Trek: Discovery

A comic superhero TV series that’s promising in all aspects of it. The impressive part of it is, how it deals with the development of the main character and deals with racism in deeper ways than you can ever think of.

Set in a true environment where there’s discrimination between black and white.

The show scores a 6.1 on IMDb rating due to some corny storytelling, slow progress and dialog writing. But as they say, don’t judge a book by its cover, similarly, you can’t judge a series only by its IMDb rating unless you watched it. Also, this is the most underrated show out there right now.

Fan of DC universe and grown-up watching Teen Titans? Then here’s the perfect show for you.

Titans is an American web series based on the Teen Titans in which a group of young heroes who join together to fight against evil. Initially, when the story starts, the team returns and Titans fight crime throughout various locations. Also, the other danger from past coming to hunt them back as the old titans give way to new ones and how they survive it all, to be strong, is a real superhero drama to watch.  In conclusion, show really focus on individual stories of each character and how they face it to even better version of them is really admiring.

This animated series includes 18 episodes, all are produced by different casts and crews.

Episode one “Sonnie’sEdge” is all about the underground fighting arena where beasts controlled by humans fights to the death. Sonnie is one of the fighters who end up against an underground boss who asked her to throw the fight for a lot of money. Will she do it or she stays on the path she already chose for herself and kill every single one of them?

While the last episode Secret war is doubting how the elite group of red army deals will evil monster in the middle of Siberia. Losing all the hope all in the middle of nowhere will make their last stand as they stare down into the face of pure evil.

Dark is the first German-language Netflix original series. Initially, by the positive reviews of its first season, this series was compared with another Netflix series, “Stranger Things”.

The plot is set in a small village in Germany from where the children start vanishing. Yes, if you are thinking about the past present and future then you’re right. This series deals with a vicious cycle of life that keep on repeating and few people trying to break it and some trying to keep it intact. Once you’ve started watching it there’s no turning back.

And if sci-fi is not your thing, you can take look at these Top 10 shows to binge-watch on Netflix 2020

Essentials to keep with you during the second wave of coronavirus in India.

How to get glowing skin in summer – 9 hydration tips

15 Clothes every Indian girl should have in her wardrobe